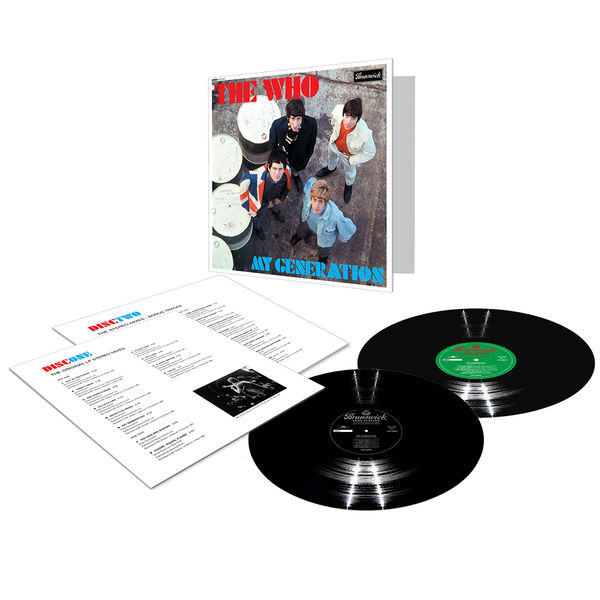 In 2014, the original multi-tracks were remixed by long-time Who soundman Bob Pridden and Richard Whittaker, and mastered by Jon Astley. “Some of the missing parts were relatively easy to fix,” says Whittaker. “However, others such as the guitar solo on ‘My Generation’ proved impossible to fill in the gaps. So, the only thing for it was for Pete and Roger to re-record the missing parts. This was done over several sessions, using only the finest vintage analogue recording technology, in keeping with the era in which this legendary album was recorded.”

Using a vintage Marshall amplifier and Rickenbacker guitars, Pete replaced his missing overdubs while Roger was brought in to restore stray backing vocals. The results were only made available via download and perhaps because of this limited availability the release passed without fanfare – an unfortunate state of affairs considering the work that went into the restoration and the superlative results. Now, thanks to this reissue project, the new updated stereo mix of My Generation can be more widely appreciated.